Take a look at all the fun we have had this year...well some of the fun as there is just too much to show in one assembly!

We have continued to celebrate 🌈 RAINBOW DAY 🌈 as a way to bring cheer into St Richard's School. We also recognise how good this is for out mental and emotional wellbeing.

Here are a few photos of our antics (apologies in advance for some of the sugar filled photos -  but we let the children choose an activity!).

S'mores were a favourite, as were the hot chicken nuggests and hot squash that we took on a cold and snowy walk. We also love it when Mrs Grant brings in toys from home!

Here are some photos of some crazy antics from Year 4!

In year 4, we created a fabric sail for our boats, then we chose how to assemble or Viking ships.

Another fun day in Year 4!

Luckily, our Simon Coupland, our church vicar is an expert, so he led a session on fun and gruesome facts. Then we made shields and Viking bread. In the afternoon we took our shields and walked around the local area on the look out for somewhere to 'settle'. We choose the grassy area of the playground. There we used our natural resources to build settlements. We made a fire and cooked porridge and ate out bread with honey. Finally we had a Viking battle! Not quite sure how we packed it all in... But it was great fun! 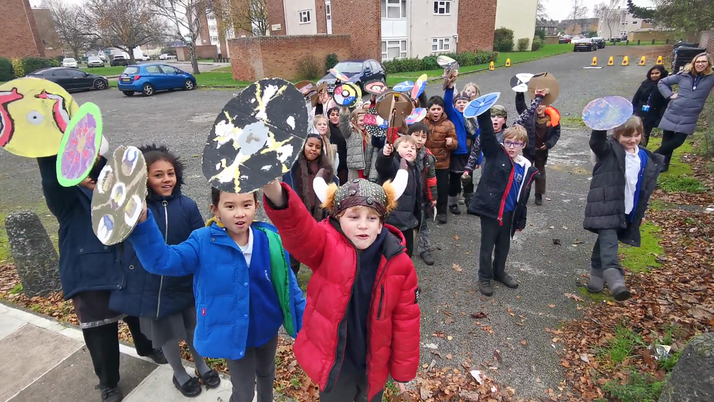 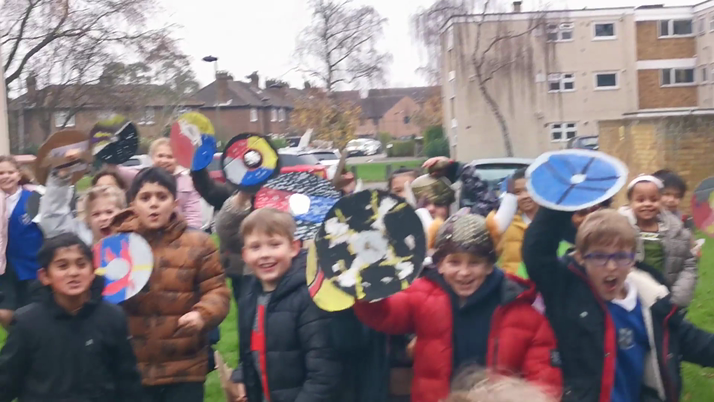 Look at our skills as we practice our football tricks!

🍁Nothing better than a cheeky little leaf fight during our brain break! 🍁

We have been carefully making Iron Men using chicken wire. We have thought carefully about getting the sizings of the body parts right. We have also explored trying to show movement.

Here are some photographs of the development stage!

On rainbow day we had a fantastic time! Christmas came early as we danced to Christmas songs! We combined our Anglo-Saxon topic with rainbows to do some weaving. We also made (and ate!) rainbow toast!

The children have asked for rainbow day every year so it clearly was a big success! ❤️

Our brief was to work as a team to create Viking houses. We had learnt about the Longhouses previously and used this knowledge to replicate them. As you can see it was very messy... But a lot of fun! Most importantly all the children were very proud of what they had achieved! 😁

Having learnt about Viking clothing the children were given a 10 minute challenge. Armed with a bin bag, some tape and paper towel (and a few pipe cleaners they found) they had 10 minutes to re-create a Viking outfit including the features of clothing we had learnt about. They all went for the option of female clothing... And they all picked the smaller group members!